Greg & I(Britt) had another very enjoyable game of EA today. Greg played the Knights and I some Space Marines. As usual, the dice rolls on both sides were atrocious, but the laughs, tension, tactics and joy of pushing our little troops around were even better than usual. There weren’t really that many memorable events from the SM side of the table and, by and large, this will be a battle I’d like to forget! Not because I lost, which I did by 1 point and am quite used to it, but the frustration of getting hits after hits on the Knights, lots of ‘em, and watching Greg save them all. Demoralizing, that’s what it was.Time & time again this happened, and to make it just that much more heartbreaking, he’d often fail all his normal saves only to get all his rerolls!.  Meanwhile the SM reinforced armour had little impact on anything, and I suspect it was manufactured by Kleenex Paper. A fun game though and most enjoyable. Thanks for organizing it Greg and setting up all the armies & terrain.
Next Tuesday we should be playing the ‘Blitzkrieg!’ scenario from the 40K Battles Book where a 4000 point attacker tries to sweep away 1000 points of defender before the other 3000 points of defenders arrive on the table. This should make for a fast, fun, & close game
ARMY LIST
Codex Astartes  5000(Done by Frosthammer) 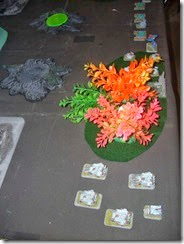 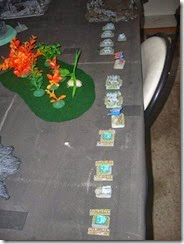 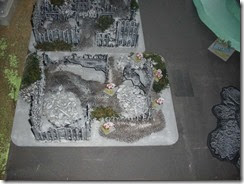 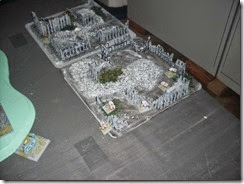 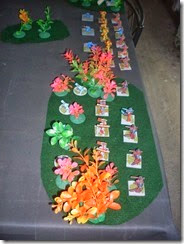 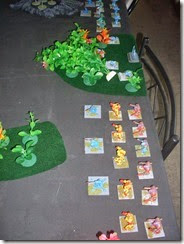 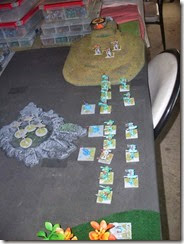 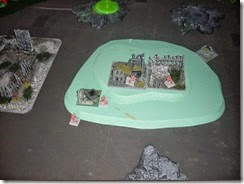 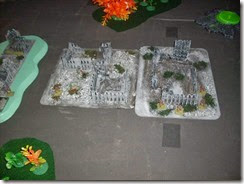 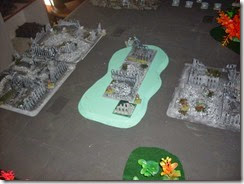 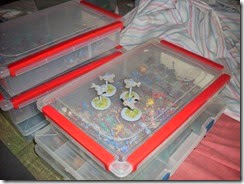 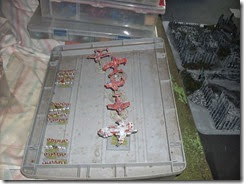