Greg came over for a Napoleonics game using 15mm miniatures and the "Rank & File" rules at 6:30PM. Greg played the French using some newly aquired miniatures that really looked superb, while I played with my considerably less well painted Russians. Both armies were composed of 10 units: 5 Infantry, 1 two-gun light battery, 1 two-gun medium battery, and a unit each of Hussars, Lancers, and Cuirassier cavalry. The terrain had a central town (Novogord) with woods & croplands to the west and hills to the east.

I set up first and Greg moved first. We both had our medium guns on the Eastern Hills, an infantry centre, and cavalry on the flanks, Greg overmatching my cavalry in the west.

I was able to reach the town first, and occupied it with my Guard Infantry. The French did nasty work on my easternmost infantry with his artillery, finally forcing me to go into open order. Also on the Eastern Hills my Hussars and Greg's Lancers had several clashes. The Lancers were finally pushed back at great cost. My artillery destroyed one of the French guns and the troops in Novogord were just hanging on by their fingernails. A series of misfortunes beset the French flanking manoeuver to the west. Their hussars failed morale, and their resulting retreat allowed the Russian infantry to close with & destroy them. The French Cuirassier came to a similar end when charged by Russian Lancers supported by light guns and Skirmishers, but not before it had chased away the light guns.

A charge by the Russian Cuirassiers up a hill to take out the enemy guns ended in abject failure. It suffered 1/3 losses and retreated behind the infantry skirmishers.

Things also hotted up in Novogord as the French infantry forced out the Russian Guard. Half the French heavy battery was destroyed by its opposite number. The infantry fight before and to the east of town swung back and forth, with heavy losses on both sides.

In the end, French losses became too much and they fell back stubbornly. Sadly, at the moment of victory, my sub-general was captured leading the Cuirassiers, and is now a POW.

A very close game indeed, and one we both enjoyed greatly. The French are now regrouping and will launch another attack next Monday. 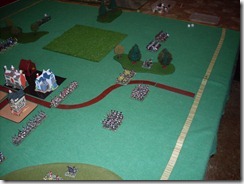 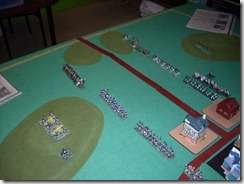 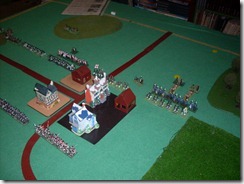 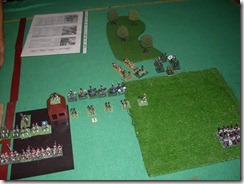 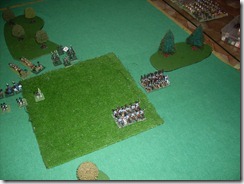 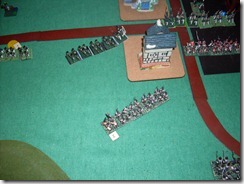 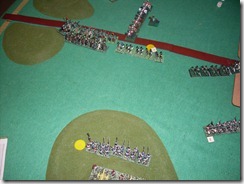 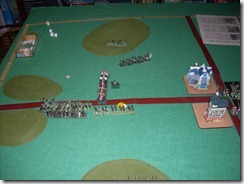 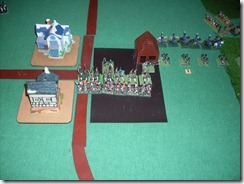 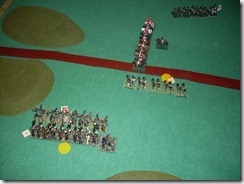 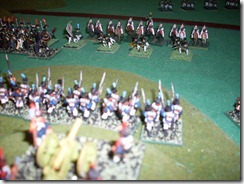 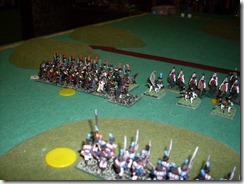 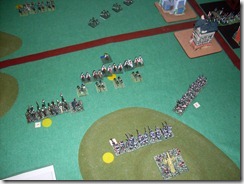 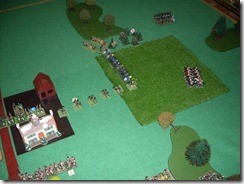 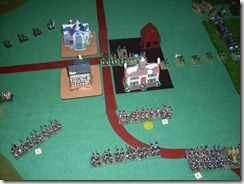 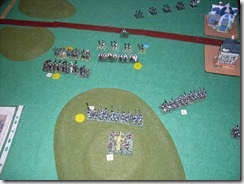 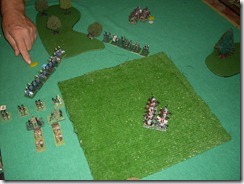 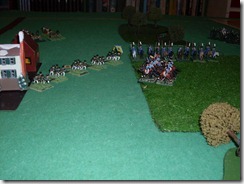 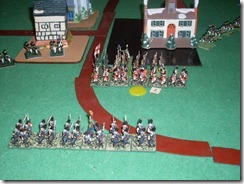 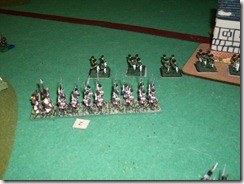 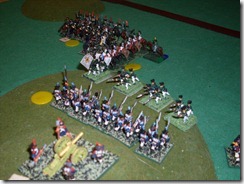 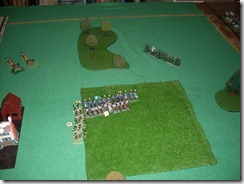 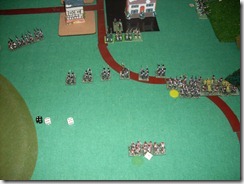 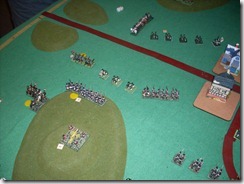 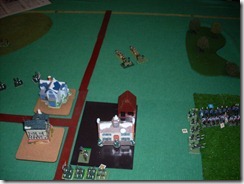 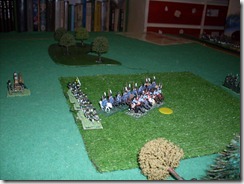 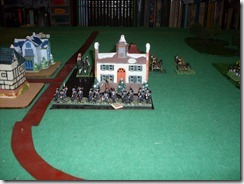 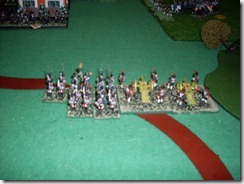 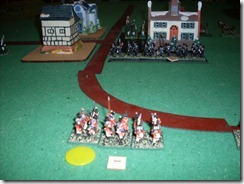