Well another battle report using the Future war commander rules. So i have taken pic's and britt has written want happen

Greg, Trent, James, & I gathered at Innes Park beach for our weekly FWC game. This would be unusual as Greg wanted to try out his new "Bug Colony" Army which was both numerous and colourful.( I'll try out my 2 "Renegade Legion" Grav armies on Thursday.) Also new was the use of bases. He'd done up his "Bugs" with FOW bases, & I'd put my Red Guard on plastic sheet of the same size. Opinions differ as to using bases, Greg for & me against. Still, we'd give it a try.

The terrain was rolling hills, with a few woods, a swamp & a city. Playing 'Scenario #7", the Bugs set up on the North edge of the table, the Red Guard the South. Bugs won the toss and moved first. 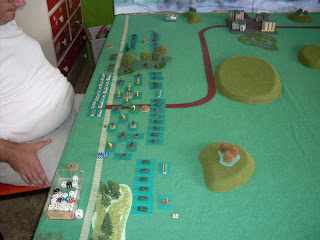 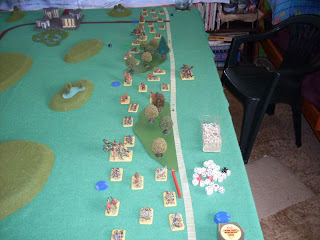 TURN 1: Bugs fail to move due to failing their command roll
Red Guard: James' artillery strike went half off board, but still killed 2 Warrior TG-772 Bugs & an anti-aircraft bug. One of his Leman Russ MBT's also kills a HCS019 bug. Britt's Artillery misses and both my HQ's fail their command roll.
TURN 2: Bugs Tunnels appear in front of the eastern Lt. Tanks & Assault guns. No bugs appear though (another failed command roll).
Red Guard: Artillery kills a CF829 & another warrior bug. Most of the Red Guard forces move up. 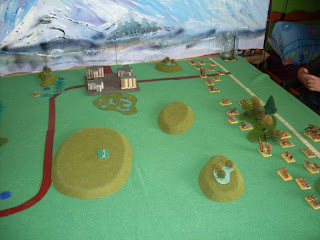 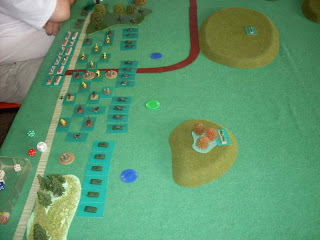 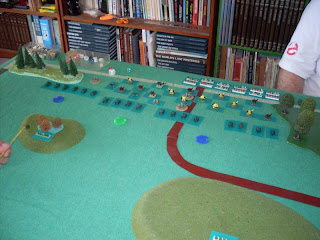 TURN 3: Bugs frontal assault on the eastern Lt. Tanks results in the loss of 4 or 5 bugs. Bug Tunnelers swarm out of their holes behind the Walkers near the centre. 2 Lictors are killed, but 6 Walkers are lost in the fight with 4 more in the rout. Coming up from behind, with support , and no opportunity for the defender to fire proves decisive. SPG's suppressed.
Red Guard: James' Scout improves his CO's CV. Two artillery strikes of 15D each kill off a lot of bugs (about 10 at a guess). Lt. Tanks move & blunder toward the main bug line but can't fire. The Leman Russ kill off 2 more bugs near the city and suppress 2 others. 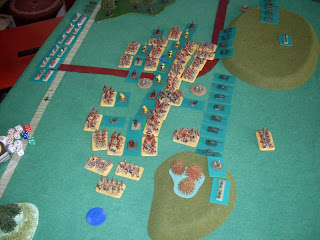 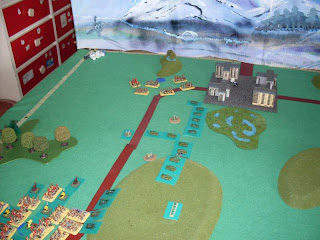 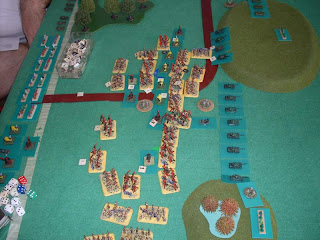 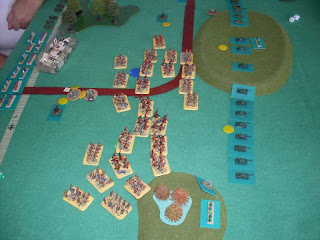 TURN 4: Bugs reinforcements come out of even more tunnels. They come out behind the Assault guns, with only 1 escaping (suppressed). Another group moves on the Lt. Tanks, but the Tankers hold their ground and win the fight. Pity about the HQ though!
Red Guard: No artillery arrives. This is critical. Though the bugs can win the 'backshot' melees, they are bunched up and artillery fire usually evens the score. While the CO deployed the Reserve Infantry into the city, allowing us to fight one more turn, it was obvious the Red Guard had lost. Still, we put up a good fight and both sides fought well & skillfully. 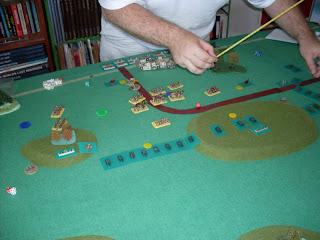 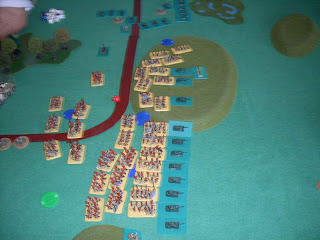 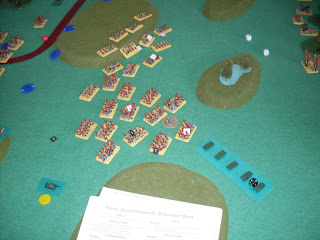 An excellent game.
Where from here? I was expecting a "British vs Zulu" type fight. Too much terrain & the melee troops win, too little and the firepower troops win. While this was so to a certain extent, the use of all those tunnelers certainly gave the Bugs an edge. An after battle post mortem discussed how this could be reduced (massive increase in Conscripts or still more artillery). While a purpose built anti-bug army would equal things, increasing the number of units in the game already slowed things now hugely. A 'Normal" 50 unit 4000 point army would certainly stand little chance against them.(IMHO).
Greg is to be commended in geting us out of our rut and trying something new. Next week we'll be trying "Red Guard vs Bug" again, though with a scenario. Surgical Strike? We'll see.
PS. 29*C. Not quite hot enough for the air con. Nice waves. Patches slept through the whole battle. 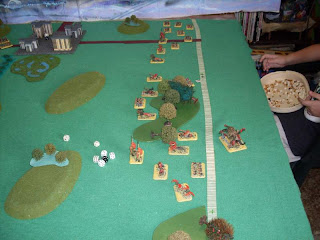 Trent ate most of Greg's popcorn. 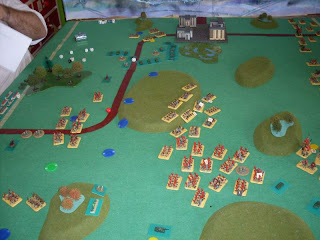 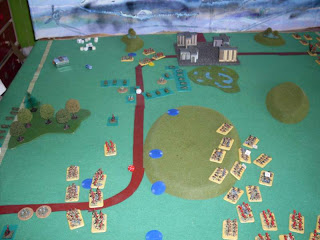