HEAVIES TAKE ON THE LIGHTS

This time it was our third crusader game and we had the Romans face the Nunimides. Points value was 2000 pts roughly.

2 units of regular legions of 4 bases each.

2 units of skirmish of 4 bases each.

2 Units of Roman Cavalry of 4 bases each.

1 unit of noble Cavalry of 4 bases.

2 unit of skirmish cavalry of 6 bases.

2 unit of Warriors of 6 bases.

2 unit of Trained Warriors of 6 bases.

Sunday Game: Greg came over a bit before 1PM for our 28mm Ancients game using the Crusader rules. I played the Romans, and he played the Barbarians…mainly Nubians. He had a 500+ point unit of Noble cavalry that died against my Regular Legionnaires, but the rest of the story was less rosy. These Nubian light horse javelin throwers of his were a pain. I kept getting casualties from them but they always retreated when I tried to close with them. In the centre I won a few & lost a few. He finally destroyed my left flank, my bolt thrower hardly hurt anyone, and all my lights were soon dead. Having no other obvious strategy, I tried to force his lighter forces off the table. This actually succeeded in several cases, but near game end I was down to my catapult & 1 Legion. The Legion cut its way off the Northern board edge & the Catapult retired off the south. Victory to Greg the Barbarian!!!!!

An excellent little game. Luck was about equal. We both managed to snatch defeat from the jaws of victory on many occasions. Good laughs as well, despite the tragedy of the situation. How can a warband get forced back by a catapult crew? How can Legionnaires die like flies in front of light horse or a disordered armed mob? Thanks for running it Greg, and we even got some “low angle” photos this time. I’ll put them up next week, though doubtless Greg will be faster on his blog( http://au.groups.yahoo.com/group/Bundygamers/). 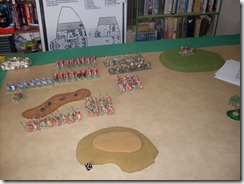 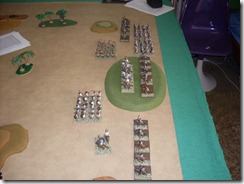 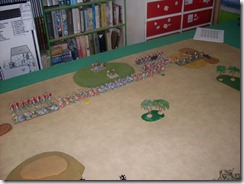 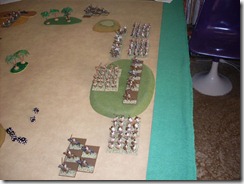 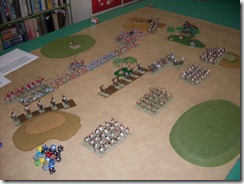 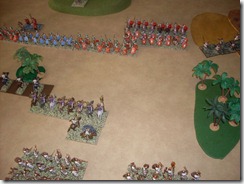 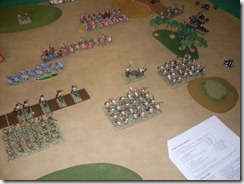 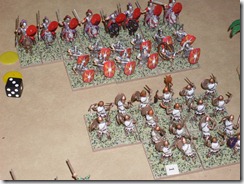 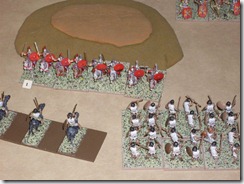 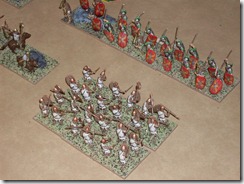 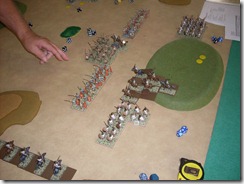 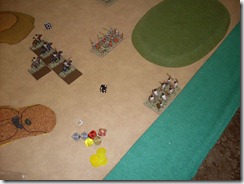 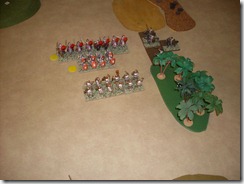 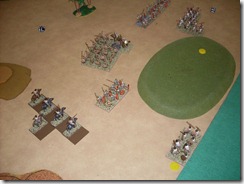 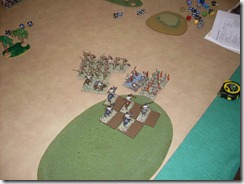 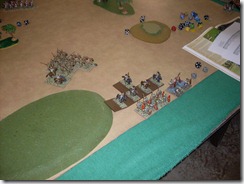 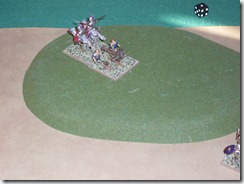 Yes it was a very interesting game and fun, which is want war gaming is about.

Any ways may the dice roll high.