(The E:A battlefield, looking west. Dark Angels to the south. Knights of Purity to the left). Greg, Trent, & I had a go at my favourite game today, Epic:Armageddon of course. I’d set up the table as you can see it in the photo. We had decided on 4000 points/side but using Titans for the first time. I fielded 4 Warhounds while Greg had 2 Warhounds and a Reaver. Greg also fielded a large number of Predators and Razorbacks that he’d converted from Rhinos. They looked very nice and were definitely useful in today’s game.
All went Greg’s way in the early part of the game. He’s blown apart 2 of my Warhounds before they got a shot off. While I’d taken both objectives on my side of the board, Greg was beginning to dominate the centre with a huge line of Infantry backed by the Reaver.  By mid-game things had begun to swing back in my favour. While the Centre now definitely belonged to Greg, I had managed to take his Eastern objective, run off some of his Whirlwinds, and hold his attack in the Western city. I’d also downed 2 of his Warhounds.
Whether because we were using Titans or a 6’ x 4’ table, losses were growing at an alarming rate with numerous routs on both side and many units down to 1 stand. I still had no answer to his control of the centre though now I was taking both flanks. He continued to pound me in the centre destroying Landspeeders, Devastators, and even Land Raider units. Losses had now hit us both hard, and it was decided to call the game a draw. I certainly had nothing left that could stop that Reaver!
Excellent game Greg & Trent. Epic:Armageddon continues to be my wargame “ideal”, and provides me with just the right amount of skill and fortune to make it superior to any other game I play. I’m looking forward to fighting another game of it next Sunday.
photos are in order starting from the top left to right 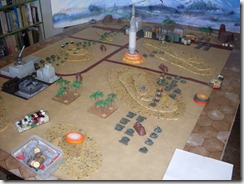 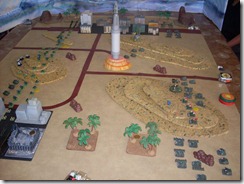 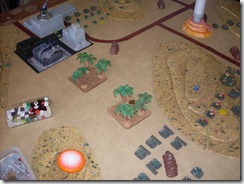 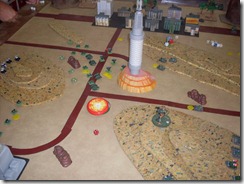 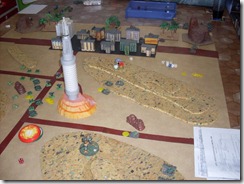 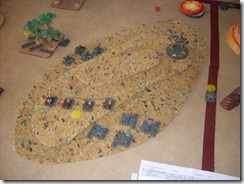 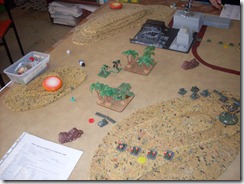 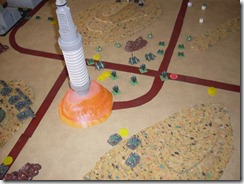 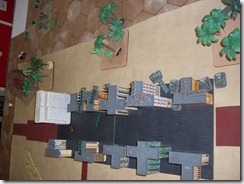 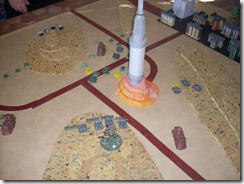 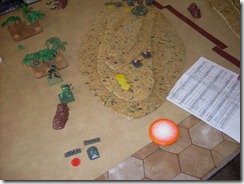 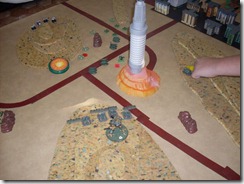 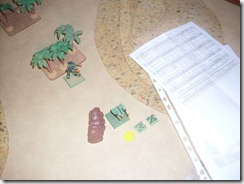 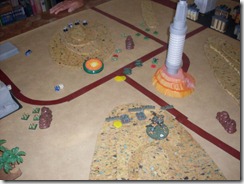 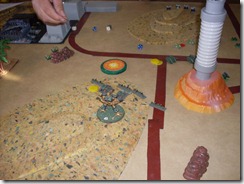 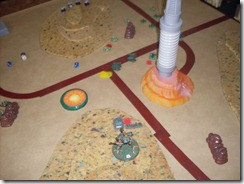 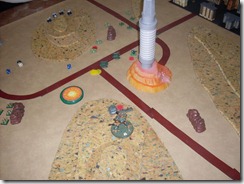 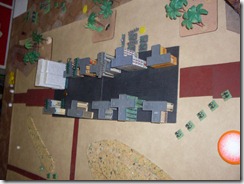