Well like the heading states, this was our first game/s. I enjoyed my self very much. As all ways Britt wrote the after action report and i took the pic’s(no pictures of second game, due to me not taking spare batteries :-( )

(Pic: ACW Battle of Possum Ridge) Greg came over today at about 12:30PM for a 1200 point ACW game using the ‘Rank & File” rules system. We had 2 games using four units of 6 stands of Regulars, a Medium Smoothbore Artillery piece (2 in the second game), and an 8 stand unit of Green troops. Greg played the heroic fighting men of the South while I played the atrocity-prone damn-Yankee oppressors in both games. The terrain was a mix of rolling hills, forests, and a small creek cutting through the centre.

Game One:  Two units fought it out on the far side of the creek to the Yankee left. Although the Rebs reduced it to half strength, they were themselves caught by Artillery which did unspeakable damage and forced its withdrawal. In the centre, the Yankee’s managed to assault the central wood after cutting down the Reb Artillery gunners (most ungentlemanly of them. A typical Yankee trick) which had kept them at bay. The climax of the battle occurred at Possum Ridge itself (see photo). Here a desperate struggle took place, but sadly for the Lost Cause, the Tennessee boys finally gave way to the Wisconsin brigands and the battle lost. General Knight led the rearguard, and vowed vengeance.

Game two: The Second Battle of Possum Ridge. This occurred some time afterward, though both sides were the same except for both now having 2 gun batteries.  Confederate soldiers deployed in the central wood and around Possum Ridge. The Yankees sent one unit wide across the creek, but mainly deployed along their right wood and Possum Ridge. Their attempted thrust across the creek was shot up most smartly by those brave Confederate boys, and the Yankees were soon ‘high-tailing’ it back to their own side. General Knight, a true blue Son of the South if there ever was one, now ordered an advance on his left all along Possum Ridge. Some doubted the mettle of the newly recruited 12th Georgia that led the way as the Yankees rushed to meet them. A wall of flame met the invaders as they stormed the hill. The Georgia boys shot ‘em down like hogs back home and the Yankees were all soon a runnin’. No one doubted the Georgia boys now! The Yankees did the best they could, but it weren’t nearly enough. Soon the bluebellies were streaming back the way they came, runnin’ fer home. Genr’l Knight could well be proud of his boys today. (As published in the Richmond Examiner, August 29th, 1862).

A good little game indeed, at about the same level as Rally ‘Round the Flag, lower than On To Richmond. Next week we plan to try another game of it, using some of the optional ACW rules as well as Cavalry. 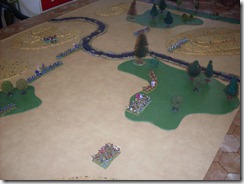 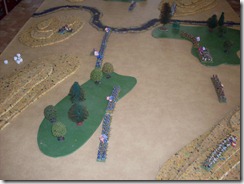 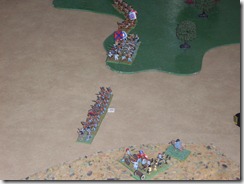 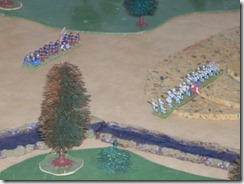 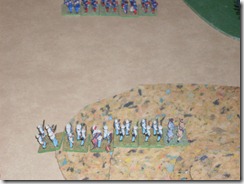 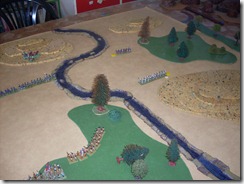 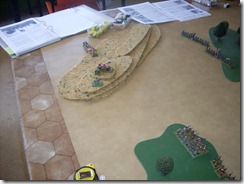 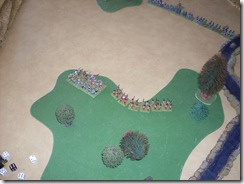 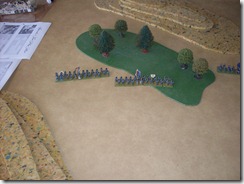 Any ways may the dice roll high for you.