My project of late has been going through all my epic stuff and repainting vehicles and rebases the infantry and support units.So for show is want i have done so far, with the IG figures. I will have enough figures to do 6000 points forces of the above armies. I have worked it that i will have roughly 45000 points if i was just to do Minervan Tank Legion. They were painted the following way:

The bases are done in a light grey colour.

First up group shot in want I have done so far in the armour sector. The pictures shows, I that have roughly done 7 super heavy tank companies, 2 artillery batteries and 5 tank companies 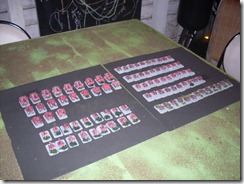 The below pictures show the following:

Artillery: which are two types at the moment Basilisks Bombards. 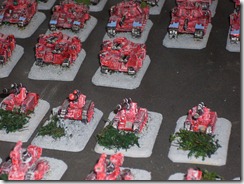 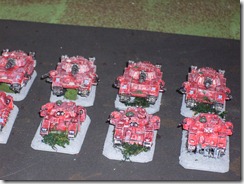 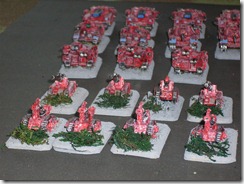 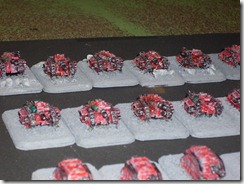 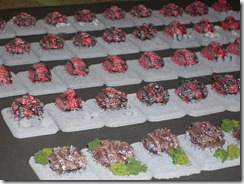 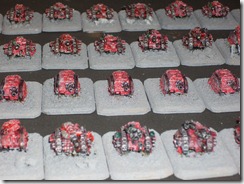 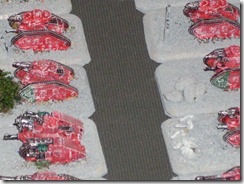 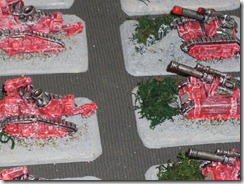 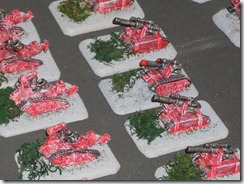 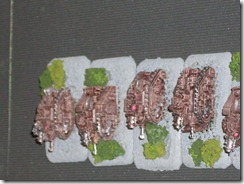 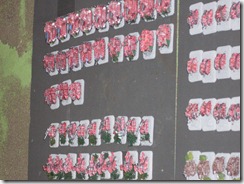 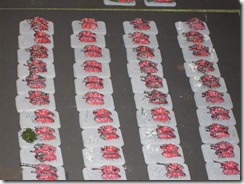 The below shots have show the following: 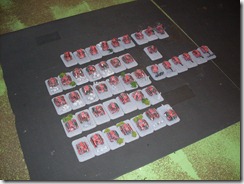 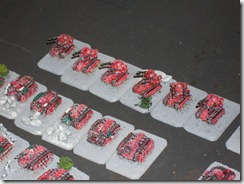 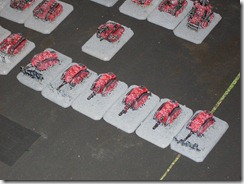 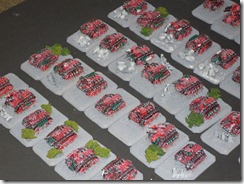 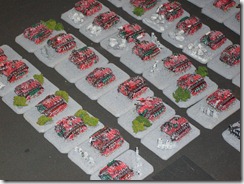 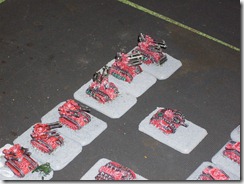 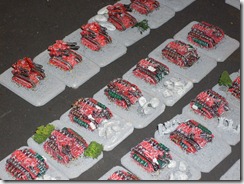 I have the following on the paint table that are nearly done, 3 artillery batteries, 3 Leman Russ companies,1 unit of death strike missiles, 3 units of Thunderbolt Fighters, 3 units of Marauder Bombers, 1 company of shadowswords, 1 company of baneblades, 3 supports units of griffin mortars and 1 Salamander Scout Platoon. I have the following to under coat 1 artillery battery, 3 supports units of Medusas and 2 Light Support Battery. I’m waiting on the following to turn up 2 Leman Russ companies,2 Leman Russ Demolisher companies, 2 Baneblade companies and 1 Stormblade company. I still have a pile of infantry to go through along with more support units.

May the dices roll high for you.